A new episode of the podcast is out! The more I gazed into the perceptual world of the present moment, the more lost I became. Everything enhanced and started to feel surreal and exotic. 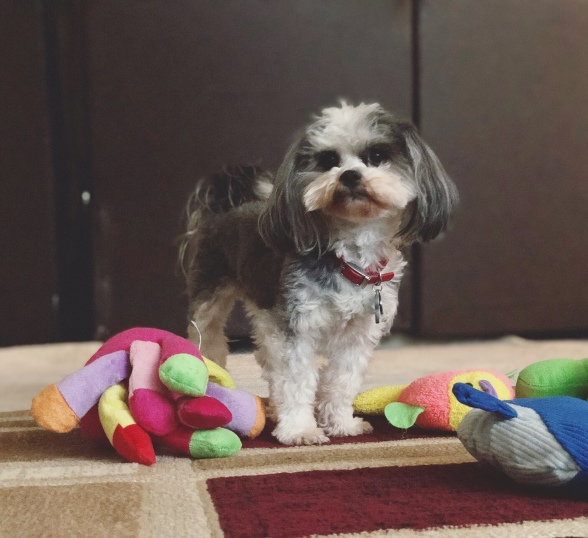 Adults grow to become resistant of child-like behaviors and interests. We become traumatized by the adults who shame our child-like behaviors, a shaming that occurs due to a resentment of lost privileges caused by the increasing demands of money and time. We can also lose childishness naturally in this way, because time and resources don’t allow for it.

It isn’t fair if some people have these privileges while others must work so intensely. Adults become resentful of their boring mundane lives and begin to resent the aging youth culture because of this unfair distribution of privileges. As the youth age, judging them for their privileges becomes more justified and an expectation of hard work sets in.

In reality we should hope that the only barrier to a loss of creativity, playfulness, and curiosity is the diminishing time and resources that eventually crush our capacity to engage in such childish tendencies. The meme-ification of this distinction between child and adult traits and the shame of being child-like in presentation ultimately and unnecessarily suppresses creative culture.

The adult slowly shames the youth and increases expectations of adultness with age and the resentment caused by unnecessary and seemingly irrational suppression may cause resentment to the parents/elders. The culture escalates with each iteration of resentment being passed down, eventually where resource pressures are not the core reason for a loss of creative potential but rather the culture itself causes artificial creative suppression by creating norms centered around age and resource pressures.

But of course the parent becomes bitter, as they have become a slave to the resource needs of the child.

In essence, adultification encumbers creativity and proliferates conscientiousness. This trait known as conscientiousness has been shown to have an inverse correlation with creativity. The core of this interaction may be in the dynamics of free time which facilitates exploration of novel ideas. Low free time may eliminate skills that define creative pursuit. Temporal constriction may necessitate conscientiousness as a skill as the need for resources increases and time must be spent acquiring security for survival.

Adultification culture may be a parenting strategy to breed highly conscientious academics and workers, maybe not always due to necessity but eventually as the status and security of each generation improves, the culture of conscientiousness becomes more prominent in reinforcing adultness as opposed to limited resources.

The emergence of childishness culture may be a result of increasingly secure generations rebelling against the unnecessariness of such artificial limitations on leisurely activity, rejection of such uses of time.

This would then lead to questions about ethnic oriented memes and cultures, especially in regards to parenting strategy in the context of historical events pertaining to resources and hardships. Differences in current and past generations of privilege would dictate parenting tendencies towards rapid conscientiousness acquirement and strict parenting styles or a more laid back approach due to high resources, maximizing personal freedom, finding one’s true desires, developing their passions and ultimately a path of high openness and freedom to explore.

These tendencies are not hard wired, as many individuals fetishize and admire alternate cultures. American culture has been prized for its laid back and dream seeking style of parenting. Many dream of moving to America to allow their children the freedom towards individual personal development because of this. Fascinatingly, a gene (DRD4 7r) that is common to America more than any other country is also linked to openness to experience, something that seems to support the concepts expressed in this post.

Openness has been correlated to intelligence, while conscientiousness actually has a negative correlation with intelligence. Scarcity was shown to decrease intelligence which further supports the idea that conscientiousness manifests from necessity. Except if it is culturally induced conscientiousness based on parenting styles that continue to meme regardless of the environmental context. The DRD4 7r correlations could be explained in part by enhanced reactivity, impulsiveness, risk taking, and curiosity that thrive under secure environments that offset the problems associated with risky behavior, something I’ve explored in depth in what I’ve described as the privileged gene.

Its worth noting that income and apparent socioeconomic status may not dictate temporal privilege, even though we generally associate privilege to higher classes. Affording some privileges can sometimes mean living a life of hard work and little time, not even enough time to indulge in the extra money. In this way I often wonder if there is a relativity to life quality that isn’t correlating to status and income. Perhaps money can bait people into subscribing to a regretful life of “higher status” while sacrificing free time. On the other hand, the temporal privilege may often be stigmatized. Historically artists have been shamed by a portion of cultures, as if it isn’t a real pursuit, as if it is not contributing to some important aspect of human society. Many artists live whimsical lifestyles moving along with inspiration or sometimes at the extreme end, becoming a perpetually migrating hippy artist. The lowest conscientiousness and highest openness lifestyle of pure impulse, maximizing the mechanisms of the brain driven by desire rather than forcing your brain to live on a leash.

This makes me question what privilege and status really are, and here we find that a whole spectrum of complexity can exist within something overly generalized like an ethnic culture. This means we shouldn’t expect or assume anything, probably even based on simple facts like income when we are deciding if a person should be happy, grateful, or have creative freedom.

It’s possible that the divergence of conservative and liberal values center on differences in conscientiousness vs openness, respectively. Most of the correlations would support this idea. Liberal leaning is associated to intelligence. It could be that the openness/intellect is valued, leading to increased development towards ethics and social rights problems while conscientious types may be pro-corporations even when they themselves are poor because they value the outcomes of conscientiousness, which does in fact correlate to financial success. It’s known that most college campuses are liberal, furthering intellectual culture. Even the DRD4 7r gene correlates to liberal leaning.

Adultification may be a symbol for conservative culture while childishness may be a symbol of liberalism. Values such as dutifulness fall in line with conscientiousness while values like individual freedom and rights promote openness and facilitate creativity by allowing freedom to behave as one desires.

There is actually a term for the desire to return to the child-like mindset, one of being carefree, before the adult stressors have set in to hold you back from this liberation.

This term is Liberosis. From Psychology Today:

The desire to care less about things. As we mature into adults, we take on more and more responsibilities. Liberosis is the feeling you get when you wish you could be a child again, without cares and concerns.

The fact that the root word ‘liberal’ is in the term liberosis fits really well into this idea.

Psychedelics can cause a long term increase in openness after a single dose. Some have suggested that psychedelics make you more liberal, potentially able to manage far right extremism. Psychedelics even imitate states of mind seen in children. Then, I may posit that psychedelics could attenuate adultification. What’s fascinating is that age-related cognitive decline is thought to be mediated by kappa opioid receptor (KOR) activity, something that psychedelics have been shown to attenuate, full post here. So might age-related cognitive decline be mediated by increasing stressors and challenges that escalate as you become independent, and then eventually slowly live a worse more adult-like life? And it would worsen as you become increasingly dependent as an aging person, as an elder, incapable of finding security for yourself, with the added problem of society not being as concerned for your security, at least not nearly as much as society cares for the child. An increasing trend to uselessness, outdatedness, a loss of novel stimulation, and the decay of ones learning capacity.

Special thanks to the two patrons, Abhishaike Mahajan and Charles Wright! Abhi is also the artist who created the cover image for Most Relevant. Please support him on instagram, he is an amazing artist! I’d also like to thank Annie Vu, Chris Byrd, and Kettner Griswold for making these projects and the podcast possible.

If you’d like to support these projects check out this page.