Apply to my psychology coaching service and I'll see if I may be of help :) 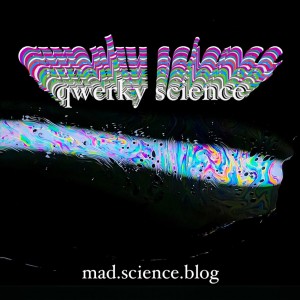 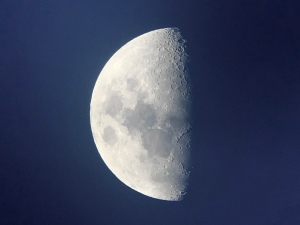 I’ve found a possible solution to explain the paradoxical effects of dynorphins on cognition. It seems that dynorphins both impair (Carey et al 2009; Takahashi et al 2018; Kuzmin et al 2013) and also prevent impairment to cognition (Itoh, Ukai, & Kameyama 1993; Ukai et al 1997). This has implications for schizophrenia and possibly for the hallucinogenic mechanisms of salvia divinorum. Read through to see a possible solution to this puzzle.

A brief overview of what dynorphins are: they are endogenous opioid peptides; rather than producing euphoria like the endorphins (Cohen et al 2010), they produce dysphoria (Chavkin & Koob 2016); they are involved in the stress response, specifically they seem to play the role of the dysphoria induced by stress (Land et al 2008); they are involved in the pain response, where they may again play the role of the dysphoric component (Massaly et al 2019); they bind to the same receptors as the hallucinogen salvia divinorum, the kappa opioid receptors (KOR) (Butelman & Kreek 2015). I’ve explored dynorphins as a possible major role in schizophrenia as well as a wide variety of other topics. I even have a whole section dedicated to the dynorphins which you can find here.

Dynorphins have been shown to impair cognition in a variety of circumstances. Stress-induced cognitive impairment seems to be mediated by dynorphins (Carey et al 2009). Alcohol-induced cognitive impairment is mediated by dynorphins (Kuzmin et al 2013). Microinjections of dynorphin into the hippocampus of animals induces cognitive impairment (Takahashi et al 2018). Occlusal disharmony, a painful condition of the jaw, transiently impairs learning and memory by increasing dynorphins (Yamada et al 2013), perhaps due to dynorphins’ role in pain processing. More recently, dynorphins have been proposed as playing a role in age-related cognitive decline after scientists observed an attenuation of cognitive decline via knocking out prodynorphin (Ménard et al 2014). Now these researchers are looking at the possible role dynorphins may have in Alzheimer’s disease, where patients have been observed to have elevated dynorphins. As you can see, there are diverse conditions in which dynorphins seem to modulate cognitive ability, which might suggest broad implications from stress-induced impairments to specific conditions of cognition such as Alzheimer’s.

On the other hand, there is research showing a reversal of cognitive impairment via the application of dynorphins, which seems to contradict the other findings. The research showing that dynorphins improve cognitive ability uses scopolamine as the cognitive impairing substance (Itoh, Ukai, & Kameyama 1993; Ukai et al 1997). Dynorphins seem to reverse some of the impairment induced by this anticholinergic drug. Scopolamine is an infamous antimuscarinic anticholinergic drug. The muscarinic cholinergic receptors are thought to play a role in learning and memory (Volpicelli & Levey 2004). Blocking these receptors can produce delirium, amnesia, or psychosis-like effects (Gulsun, Pinar, & Sabanci 2006). For this reason, they are part of the class of drugs colloquially known as “deliriants”.

By the way, we are doing a study currently. Could you take a survey to help us? Here is the link.

Antimuscarinic and deliriant drugs in general are hallucinogenic. The hallucinations seem to be more like those experienced by individuals with schizophrenia, often being realistic rather than geometric or strange like in the case of the classic psychedelic drugs. This seems to be at odds with my dynorphin hypothesis of schizophrenia, which posits that dynorphins may be crucial to endogenous psychotic states for a variety of reasons. Namely, dynorphins reduce cognitive ability, block NMDA receptors (Chen, Gu, & Huang 1995), and are released under stress, all of which are associated to schizophrenia. I tried to reduce the argument to a single sentence, but the actual essay goes into great deal more than what I’ve said here. I’d recommend you read Dynorphin Theory if you really want to get the gist of the hypothesis. For this post, it isn’t that important to get into the nuances.

What I’ve recently discovered actually helps to resolve this conflict.

Most interestingly, I recently discovered that dynorphin has negative allosteric effects on muscarinic cholinergic receptors (Hu & El-Fakahany 1993). To my surprise, the drug they were using as a muscarinic receptor ligand to test this hypothesis was a scopolamine analog! This means they found that dynorphin reduced binding of scopolamine to muscarinic receptors. Dynorphin is not doing this via agonism, but through negative allosteric modulation, which reduces binding of the receptor to both drugs and to the endogenous muscarinic agonist acetylcholine. Dynorphin was observed to decrease binding of a muscarinic agonist and improve cognition this way too (Hiramatsu, Murasawa, Mori, & Kameyama 1998). This would suggest that dynorphin is antimuscarinic too, but it also prevents antimuscarinic drugs from binding as well. That would explain why dynorphin reduced the cognitive impairment induced by scopolamine; dynorphin reduces its’ binding and thus its’ effects. This also helps to explain why dynorphin seems to be paradoxically both cognitive enhancing and cognitive impairing in different contexts. The cognitive enhancement is occurring when applied to the context of a potent antimuscarinic drug, which dynorphin appears to reduce the efficacy of. The cognitive impairment may even occur via this same mechanism, where dynorphin itself is antimuscarinic by its’ negative allosteric modulation effect on muscarinic receptors.

Of course, keep in mind that this puzzle is not necessarily solved. We would need to probe further into the research to find out. Some complications that still exist includes the finding that dynorphin can reverse the cognitive impairment induced by removal of the olfactory bulb in mice, seemingly through cholinergic activation mechanisms (Takahashi et al 2018). Although, this is quite an odd context and it isn’t clear what the full picture is. These authors even argue that dynorphins may have anti-dementia effects. They cite Ménard , who believes that dynorphin may have pro-dementia effects, but they fail to even address Ménard’s position. They do not even bring it up, which seems suspicious. They cite Ménard’s paper for the claim that dynorphin is thought to be involved in cognition. Furthermore, the authors removed a whole region of the brain for this test, which seems to not generalize as “antidementia”. At least the research by Ménard was about age-mediated cognitive decline and not brain surgery.

Special thanks to the 14 patrons: Idan Solon, David Chang, Jan Rzymkowski, Jack Wang, Richard Kemp, Milan Griffes, Alex W, Sarah Gehrke, Melissa Bradley, Morgan Catha, Niklas Kokkola, Abhishaike Mahajan, Riley Fitzpatrick, and Charles Wright! Abhi is also the artist who created the cover image for Most Relevant. Please support him on instagram, he is an amazing artist! I’d also like to thank Alexey Guzey, Annie Vu, Chris Byrd, and Kettner Griswold for your kindness and for making these projects and the podcast possible through your donations.