A new episode of the podcast is out! This discussion was pretty amazing. Hope you enjoy! 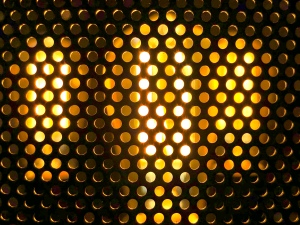 Serotonin has been implicated in many things, but most interesting is it’s involvement of group politics.

Some (but not all) symptoms of hypomania may represent behaviors of social dominance to some degree. For example, both social dominance and hypomania produce hyper-sociality and confidence. For bipolar disorder, serotonin may contribute to mania induction. Serotonin is typically involved in responding to the environment, including night and day cycles, social status, and many regulatory processes. I like to call it the context neurotransmitter. For those with bipolar disorder, mania is not exclusively serotonin activity, so it will include other symptoms that do not match with social dominance. Serotonin is involved in the development of dominance hierarchies of many species. It could be that during moments of social comparison those with higher status tend to have increased serotonin via some mechanism and then whoever has least becomes submissive to the other. Serotonin may dictate body language expression which then interacts with another individual’s own sense of confidence as well. It is known that serotonin levels may indicate perception of resource security, namely food in most animals, but also the previously mentioned social status, which might indicate the degree of protection, social support, and decreased sense of threat. In this sense, part of an individual’s social status may depend on perceived sense of appreciation or respect from other individuals, and thus boosting confidence and manic symptoms. The social support an individual has may increase confidence causing less confident individuals to submit.

Monoamine oxidase (MAO) is an enzyme that breaks down serotonin, dopamine, and norepinephrine (the monoamines). MAO A here has special relevance as it is more selective for serotonin breakdown. Bipolar disorder has been associated with decreased MAO A levels, while depression is linked to increased MAO A activity.

Being well fed has been associated with increases of MAO activity, which may be due to the increase of neurotransmitters being utilized during feeding, digesting, and other processes that may lead to an increased depletion of MAOs initially, but also the subsequent upregulation of their production. Starvation has been shown to decrease MAO activity. Decreased MAO A activity has been linked to aggression, antisocial behavior, hyper-dominant behavior likely due to high serotonin activity. This means that if the leader of a tribe was not sufficiently feeding their tribe, a rebellion may occur as aggressive and violent behavior accumulates from low levels of MAO A activity. This dynamic with serotonin is beneficial to group psychology and ensures a good leader for the group which also benefits individual survival.

Famine may select for the MAO A variant associated with decreased MAO A activity due to increased competition for food, where those who are too submissive as well as less aggressive may fail to survive. Schizophrenia has been associated to the MAO A gene as well. It seems that some of the famines may have not had enough time for such extreme selections to occur and proliferate. Another possibility could be that famine increases a hypersensitive reaction to serotonergic and dopaminergic activity in order to stabilize behavior under suddenly different environmental conditions (famine). During migration away from these reduced environmental conditions or under correction of famine, hyper-serotonergic and hyper-dopaminergic effects may occur as food and resource levels are restored and sensitivity remains high. This would explain why schizophrenia occurrences increase with prenatal famine conditions. If this is true, we may expect schizophrenia symptoms to be found as quality of living conditions rise more rapidly and our psychology mismatches our environment. The age of technology may also cause schizophrenia symptoms as the stimulating nature of technology and the increased access to novelty may push us to our limits of serotonergic and dopaminergic activity. This would explain why schizophrenia appears more often in the first world. More research would need to be done on the relationship of schizophrenia and famine to make further judgment on this topic. 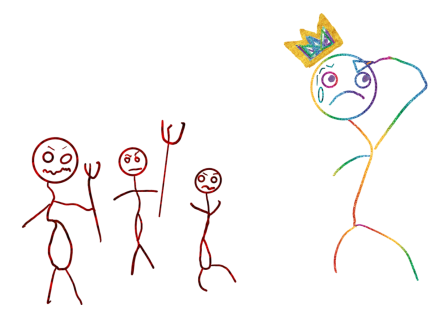 There is a warrior gene that causes lowered MAO A levels, which would increase the amount of serotonin by preventing its degradation, and in some sense might allow for the individual to disregard whatever comparison model normally exists, allowing for the ‘weak’ to aggressively dominate the ‘strong’ and override the social hierarchy. The mania induction by serotonin might simply be a pronounced form of this dominance hierarchy mechanism due to the lowered MAO A levels caused by this gene found in bipolar types.

Chronically enforcing subordination to a group of individuals while also giving them poor living conditions might cause a selection for the warrior gene. If conditions were chronically abusive we would expect a positive selection for the traits that lead to an uprising. It seems to be the case that African American males have the gene twice as frequently as Caucasians in America. There is also evidence that the Jewish population has increased frequency of the warrior gene. The fact that African Americans and Jewish populations underwent ancestral Slavery and The Holocaust respectively seems to indicate that there is some evidence that populations put under horrible conditions of subordination will lead to an increase of this gene, likely as a genetic mechanism for self-defense.

There is a possible mechanism of this process. Normally, dynorphin mediates social-defeat stress and may rise to become ubiquitous in these subordinated gene pools. This would be disastrous and cause much dysfunction. To understand the problems of dynorphin check out my article on it. Dynorphin seems to be the core of a lot of mental health problems (depression, psychosis, stress) besides perhaps mania/hypomania. In essence the function of dynorphin is to aide in aversion learning and induce depression/learned helplessness/anhedonia. In social conflict this might be good as backing down after loss can prevent a mob who supports your rival from killing you off. It is an admittance of social defeat. Then the defeated individual would become depressed, which can promote submissiveness and protect the individual. The function of dynorphin to induce aversion learning (and thus learned helplessness) requires activation of SERT. This activation of SERT would cause hypoactivity of serotonin. Serotonin agonists like psychedelics were shown to attenuate the activity of dynorphin at kappa-opioid receptors, dynorphin’s main binding target. So it seems that serotonin prevents these depressive effects by attenuating kappa-opioid receptors through an unknown mechanism and dynorphin must first suppress serotonin by activating SERT which causes serotonin reuptake in order for its aversion learning effect to occur. The MAOA gene would counteract the hypoactivity of serotonin and be able to attenuate kappa-opioid receptor effects, preventing learned aversions and inducing a manic resilience. Those who seem resilient will possibly survive better, but also be more favored in sexual selection under these severely subordinated conditions. This reveals a possible evolutionary explanation for the selection of this gene.

During social hierarchy competitions, two members may face off and their level of serotonin may determine how reactive they are to dynorphin. Those with less serotonin will succumb to dynorphin’s effects, leading to social defeat.

If you liked my writing and novel concepts, please consider donating to my Patreon

My Music on almost all common platforms, because therefore you get music as well :).

You may listen for free on Spotify and even SoundCloud.

It is very hard for me to do this work, as I am doing all of it on my own. That includes the photography and the synthesis of all instruments in my music as well, no presets were used!